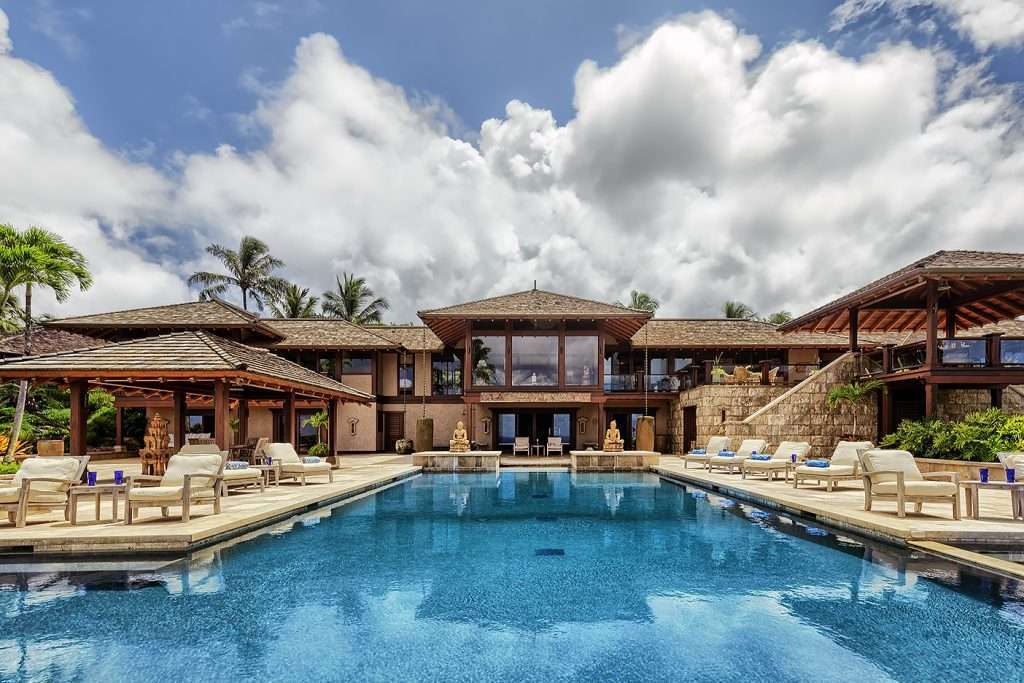 The sale of a 15-acre oceanfront estate with a 10,000-square-foot home above Secret Beach on the North Shore of Kauai has closed for $46.1 million, the highest price for a Hawaii residential property so far in 2018, and a new all-time record for a residential property in Hawaii.

The all-cash transaction to the unnamed buyer closed on Friday, according to Multiple Listing Service data. The property near Kilauea, named Hale Ae Kai, had been listed in May 2017 for $70 million and had been used as a licensed vacation rental with rates of up to $10,000 a night.

The seller was an entity owned by William H. Strong, former CEO of Morgan Stanley’s Asia-Pacific region and current chairman of Chicago-based Longford Capital, and his wife, Sandra, according to The Wall Street Journal.

The property’s 10,000-square-foot home is actually a compound of four Balinese-style pavilions connected by a covered walkway, with six bedrooms and 8.5 baths and 8,000 square feet of outdoor living space and an infinity pool. 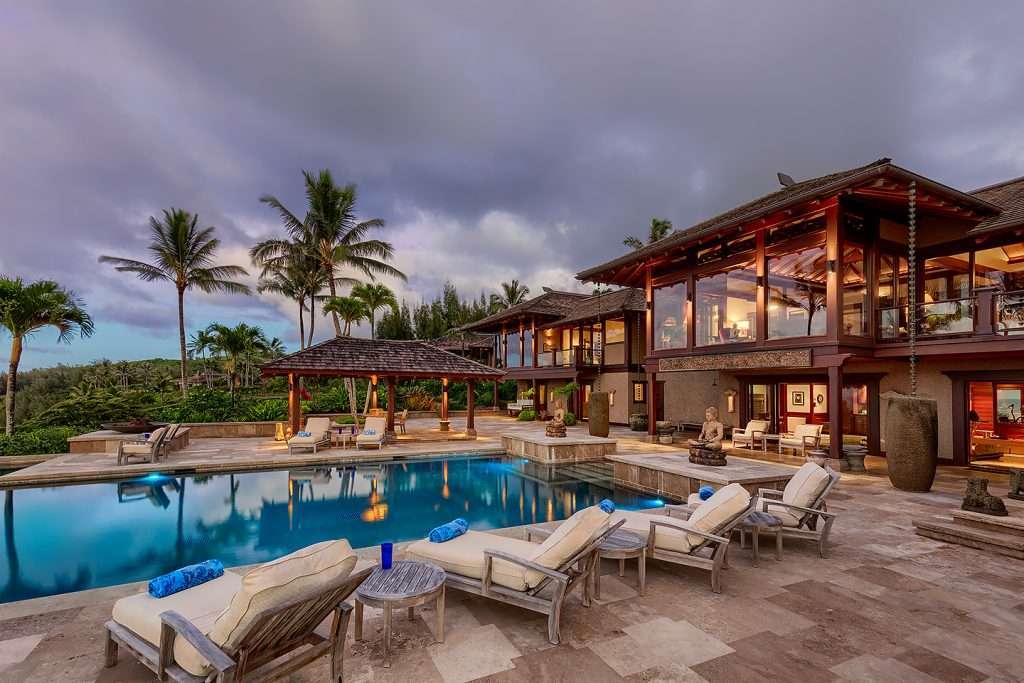 Neal Norman of Hawaii Life Real Estate Brokers, who represented both the buyer and the seller, declined to comment on the sale, but Norman previously told Pacific Business News that the estate, which was designed by Ross Anderson, could be “expanded to include more homes or sporting courts.”

The price tops the $45.3 million Facebook CEO Mark Zuckerberg spent in September adding to his more than 700-acre holdings not far away, south of Kilauea.

The record price for a home in Hawaii so far this year was $27.5 million for a 7,343-square-foot home in the Kukio Golf and Beach Club on the Big Island, which closed in March.

The previous record for Hawaii was a for a four-acre estate in Makena on Maui that sold for $41.8 million in August 2015.

The $70 million price tag had been the highest-priced listing in the Islands. That distinction now goes to a 10-acre oceanfront estate next to the Montage Kapalua Bay at Kapalua Resort on Maui, which was listed over the summer for $49 million.